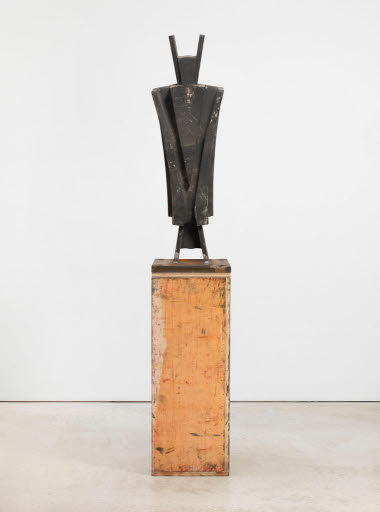 Marianne Vitale focuses primarily on heavyweight sculptural installations for which she uses typical American waste such as railroad tracks, burned bridges, and parts of demolished buildings. A connection of past and present - always resonating the undertone of "Staying Hungry" - the typical American desire of unbridled expansion, which is also always inevitably linked to destruction and overhaul.

From April 2014 to March 2015, Vitale's sculpture exhibition Common Crossings was shown on the High Line in New York City, curated by Cecilia Alemani.

In 1996, Marianne Vitale graduated from the School of Visual Arts in New York. In 2010, she exhibited "Patron" at the 2010 Whitney Biennial, a video work in which she explores contemporary art as a sadomasochistic setting.

"American artist Marianne Vitale explores the transformation of the "American dream" that was still being pioneered by the age of industrialization at the turn of the last century but one. Vitale uses the wooden planks and beams of old, abandoned industrial buildings and factory halls and arranges them into expansive installations. By misappropriating industrial colossi previously built to last forever, the artist underscores the fragility of our economic cycles, which in turn have a lasting impact on national identity."